Artificial intelligence sweeps one of the most important problems in biology 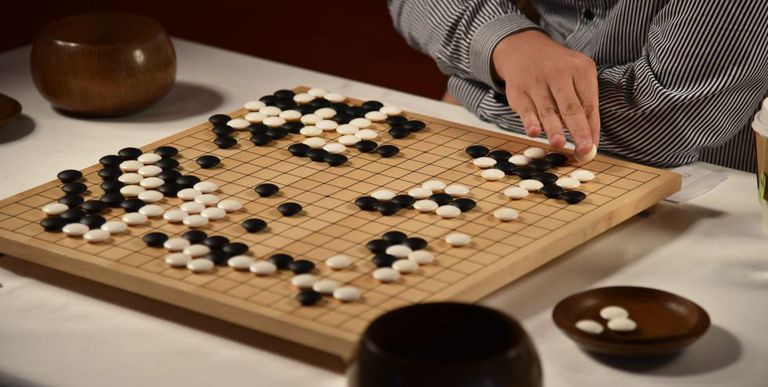 One of the games between the champion Fan Hui and the 'AlphaGo' program.Deepmind

An artificial intelligence system developed by Google has solved a good part of one of the most important problems in biology. The neural networks developed by the Deepmind company, owned by the technology giant, have shown in an international competition that their calculation and prediction capacity is far superior to that of any human and even to that of any other artificial intelligence system created by humans.

“It's a revolution”, acknowledges Alfonso Valencia, one of the leading experts in biocomputing in Spain and a member of the technical jury of the CASP competition, English acronym for techniques for predicting protein structures. "The most important thing that this advance leaves us is knowing that this problem [that nobody had solved since it was formulated 50 years ago] has a solution, that it is possible to solve it."

The protein folding problem is considered as the second code secret of life. Deepmind had already beaten humans in chess and the very complicated Go , for example, but this has always been its priority problem to solve.

To understand its importance, you have to start with the first code of life, in this case: the genome , which contains all the information to form any living being. A person is a genomic sequence of 3 billion letters, each in its correct position. In those letters are all the instructions to make proteins: that they are the true workers of life in charge of someone being able to breathe, move, think, live. The basic structure of the genetic code is two-dimensional but the proteins that it forms are three-dimensional, like the difference between the plan of a house and the real house.

One of the major scientific milestones of this pandemic has been to know the structure of the protein of the new coronavirus that fits exactly into another protein in human cells to take over. Badly constructed proteins, misfolded on themselves, are the cause of such terrible diseases as Alzheimer's, Parkinson's and many others.

In 1972, the Nobel Prize in Chemistry Christian Anfinsen postulated that the amino acid sequence of a protein [its blueprint ] had to predict the shape it would take. But figuring out all the possible configurations of a single protein can take more than 13.7 billion years - the age of the universe.

In the CASP contest Deepmind competed with 100 other teams to be the best at predicting the shape of 100 proteins based on their sequence. of amino acids. Google's artificial intelligence has swept. His system, Alphafold, has correctly predicted the structure of two-thirds of all proteins with a resolution equivalent to that of conventional methods based on crystallography and microscopy, which require machines of around eight million euros and sometimes years or decades of work. .

It is a result never before achieved by any human team or any other artificial intelligence. The margin of error of Google's predictions is equivalent to the diameter of a single atom, explains Deepmind, which already won the previous edition in 2018.

“Its score is very, very superior to that of any other team in the contest,” explains Tim Hubbard, biochemist at King's College London and organizer of this academic competition for 10 years. "This contribution is fundamental because it helps us solve a problem that determines not only human biology, but that of the rest of the living beings on the planet," says Hubbard.

Alphafold is based on algorithms that learn by themselves and see non-visible patterns for humans, as they are hidden in vast databases with thousands of proteins made up of millions of fragments. "This type of system had already won over humans in video games because it found errors in the programming that allowed, for example, to go through walls", explains Valencia. “It beats humans with non-human ways of thinking, so even if this system could speak and tell us how it did it, we would not understand the physics behind a protein folding. We only know the result. Google does not provide the software and this is the frustrating part of the achievement because it will not directly benefit science, "he details.

"We do not believe that Deepmind is going to put Alphafold at the service of the scientific community, as it did not do so after the first time it won the contest." However, there will be an "indirect" impact, he adds. Deepmind will describe all its methods in a complete study reviewed by independent experts and this may help other teams to develop similar artificial intelligence systems.

"It is a very important step, it had been many years trying to decipher that hidden code of life", summarizes Fernando Corrales, researcher at the National Center for Biotechnology of the CSIC. In nature there can be tens of thousands of different proteins and each one is a completely different world from the other. "There are times when the complete structure can be known in just a month, and others when it is extremely complex and can take years or decades," says Corrales. For this scientist, Google's artificial intelligence will not put crystallographers and microscopy experts out of work in the short term, as they are still necessary to corroborate the predictions of artificial intelligence. Furthermore, the problem of protein folding has not been fully resolved, as additional levels of complexity remain. Proteins tend to work in groups forming complexes and understanding their shape and movement is a problem that for now remains unsolved.

Deepmind explains to this newspaper that it will publish all the details about its systems in a scientific journal soon. Its managers will explain their work this afternoon in an online conference. A spokesperson for the company has indicated that they have not yet decided if they will make their system accessible to the scientific community. “Although we have somehow solved the protein folding problem, there are many others that we would like to tackle. We are optimistic that this system can help us understand diseases and discover new drugs, ”he says.