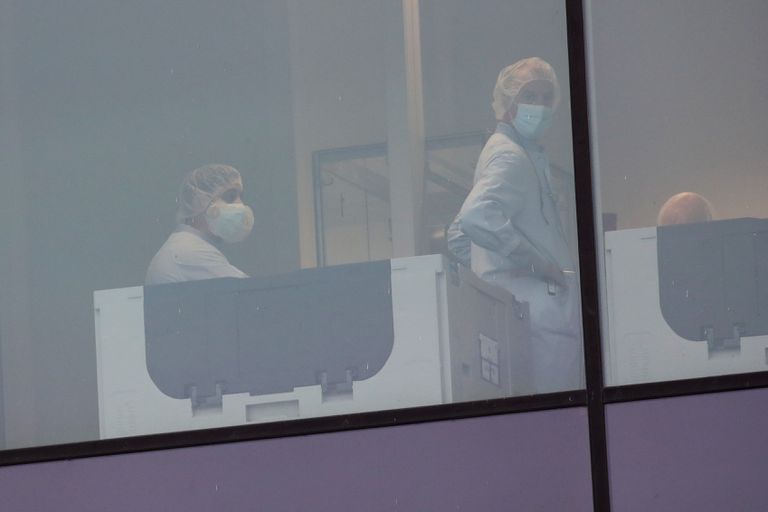 The pharmaceutical company Pfizer and the German company BioNTech announced yesterday in a statement that they will cut by half the number of doses of their vaccine against covid that they planned to manufacture this month. The announcement comes after the United Kingdom announced the authorization of this drug and the EU has announced that it plans to approve it on December 29. The company has justified the decision in trouble in the supply chain. We're late. Some of the first batches of raw materials did not meet the standards. We have solved it, but we have run out of time to reach the projections, "explained a Pfizer official to The Wall Street Journal.

Pfizer had planned a first batch of 100 million vaccines for the countries with which it has signed a contract of distribution. Among them are the UK and the EU countries. Spain has contracted the supply of 20.9 million of this drug.

Following the latest purchase authorizations approved on Tuesday by the Council of Ministers, Spain expects to have 52,707,888 doses of Janssen, Moderna and CureVac vaccines, 31.6 million from AstraZeneca and 20.9 million from Pfizer-BioNTech, bringing the total to 105 million. Although almost all vaccines are double-dose, that amount exceeds that necessary to immunize the entire Spanish population. However, the cut announced by Pfizer may alter initial vaccination plans.

Pfizer is awaiting the authorization of its drug in the European Union and also in the United States, where the imminent start of vaccination campaigns was expected. at the end of the year or the beginning of the next. However, the pharmaceutical company's production problems have made it give up reaching the expected 100 million doses in the next 27 days.

The Pfizer and BioNTech vaccine was the first to offer an efficacy figure - 95% - with full statistical validity , thanks to a trial with about 44,000 participants and 170 infections among them. Its foundation is RNA, the molecule necessary to transform the information contained in DNA into protein.

This system, different from the inoculation of an attenuated virus, is a complex system that requires numerous ingredients with unique characteristics that the industry has not been able to guarantee the deadlines set by Pfizer for the first mass production. The assembly and distribution of the preparation will be carried out from two Pfizer centers in Michigan and Puurs (Belgium) .

The other company with a vaccine with effective results and also based on RNA, Moderna, affirmed yesterday that it expects to have between 100 and 125 million doses available in the first quarter of 2021. Of these, just over 85% will be distributed in the United States. Along the year, like Pfizer, it expects to produce 1 billion

For their part, the British pharmaceutical company AstraZeneca and the University of Oxford, after announcing an efficiency of between 62% and 90%, depending on the dose , continues to work on completing the studies to resolve the doubts expressed by the chief scientist of the US operation to accelerate the development of a vaccine, Moncef Slaoui . He highlighted that the 90% efficacy had been observed in only one arm of the Oxford clinical trial with some 2,700 people, all of them under 55 years of age. Neuroscientist Menelas Pangalos , vice president of AstraZeneca, confirmed this fact . The British entities concealed the issue of age in their communications, so the true effectiveness of the injection in older people, the most vulnerable, has been questioned.