What 1,500 Studies Say About Alcohol Use: No Risk-Free Moderate Use 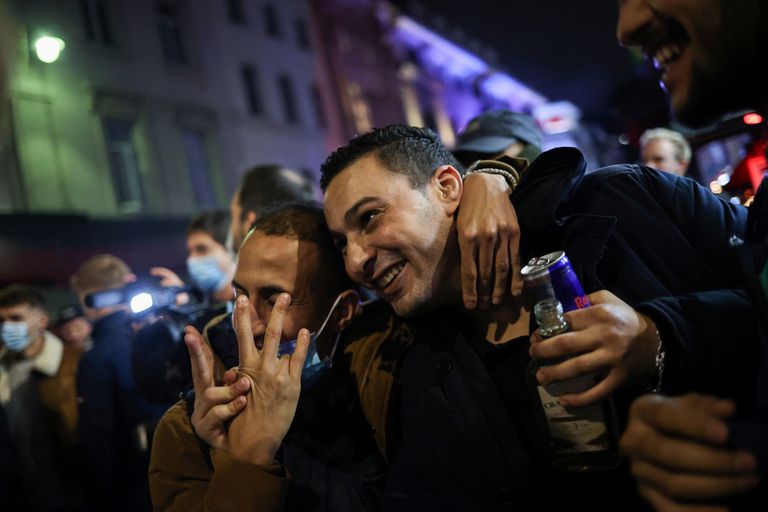 A group of young people drink alcohol in London one night on October 16. HANNAH MCKAY / Reuters

There is no safe threshold for alcohol intake, nor is there one type of alcoholic beverage less harmful than another. "The only risk-free consumption is zero." Iñaki Galán, a researcher at the National Epidemiology Center (CNE) of the Carlos III Health Institute, who has carried out a study of 1,500 investigations on alcohol to reach this conclusion and warn about the erroneousness of the messages about use "Moderate" or "responsible," the slogan that accompanies all advertisements for these products. "What we know from science is that there is always risk," he warns.

"I'm not an uncompromising fanatic. The conclusion has been reached after two years of work with research published for two decades and the result is that there is no risk of alcohol consumption, ”says Galán after publishing his study in the Spanish Journal of Public Health.

On the road has found some 3,000 studies that detail supposed benefits of certain alcoholic beverages in the body, but the researcher adds that they are experimental samples in scenarios or circumstances that do not exist in real life. “The action mechanisms of alcoholic beverages related to the potential beneficial effects, extraordinarily complex due to the numerous pathways involved, include an increase in HDL cholesterol concentration, a decrease in platelet and fibrinogen activity, as well as an increase in insulin sensitivity ”, the study admits.

However, according to Galán, the damages are greater and are generated from minimal consumption:“ Alcoholic beverages contain elements that are considered first-level carcinogens and that is irrefutable ”. The International Agency for Research on Cancer (IARC, for its acronym in English) certifies this and agrees with the Spanish analysis that "there is no safe limit of exposure." "It is beyond doubt that alcohol consumption can cause, at least, the following types of cancer: mouth, esophagus, throat (pharynx and larynx), liver, large intestine (colon and rectum) and breast", confirms the Code European Against Cancer .

As a source of resveratrol, with a potential anti-inflammatory effect, wine is not valid either, since, according to research,“ the effective dose derived from the intake of this product could never reach a preventive effect and most of the effects attributed to this compound come from in vitro research and animal experimentation, so more evidence is needed in humans. ”

Damage is generated from minimal levels of consumption and its effects persist. A recent study by the University of Eastern Finland found that changes in the metabolite profile of blood serum are visible years before an individual is diagnosed with any of the alcohol-related diseases, responsible for 5% of global morbidity, According to the WHO.

Therefore, for Galán and the team that has After reviewing the studies (Lidia Segura, from the Catalan Public Health Agency; Javier Álvarez, from the University of Valladolid, and Marina Bosque, from the Open University of Catalonia), the conclusion does not vary: no alcohol is less harmful than another and the messages of "moderation" and "responsible use" are nothing more than, according to the CNE researcher, slogans promoted by the industry.

And that promotional work in favor of alcohol consumption has its effects. A study carried out by a team of scientists from the Prevention Research Center of the Pacific Institute (California) concluded that "exposure to alcohol marketing campaigns is associated with its consumption by young people." The work highlights that exposure to alcohol promotional strategies is effective and has been observed "in the last four decades, in countries on all continents and with small and large samples."

Galán insists over and over again on the study's conclusions , especially given the messages that a moderate consumption of certain drinks is not harmful: “If people drink alcohol, it is usually recommended that they do not exceed certain thresholds: 20 grams per day in men and 10 in women, which is equivalent to two half glasses of wine, a shot or a beer. But the results indicate that there is no safe level. The best thing, in terms of health safety, is not to consume any alcohol, since it is not possible to recommend one or another drink to manage these thresholds or moderate consumption. ”

How to do a sphere

Giroud-Braithwaite, the rebellion of the substitute forward