Marco Reus, who did not score a goal since December, reappeared in a big way with the permission of Haaland, a brilliant assistant, to confirm that Manchester City got into a mess. The tie, which was advertised as a parade for the English team, was anything but unbalanced. Reus' 1-1 reflected on the scoreboard the problems that surprised City throughout the night. De Bruyne and Foden, protagonists in both goals, managed to take the game forward. But the tie opens wide.

"We played after having achieved 26 victories in the last 27 games," said Pep Guardiola after the evening; “And they came from losing in the Bundesliga, where they are fifth. The pressure was on our shoulders, not his. They called us winners before we played, and they are very good. ” 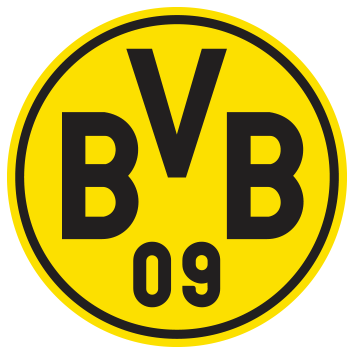 Not only the British press had declared the absolute favoritism of City. The managers who led the Dortmund entourage in Manchester came convinced that their team would have very little chance of responding to the overwhelming game of the rival who had fallen in luck. They were wrong. Something similar happened at Sánchez Pizjuán when Edin Terzic, the babbling rookie who sits on the German club's bench, acted as if all was lost. Once again freed from his scruples, at the Etihad the coach got rid of Delaney and gave the reins of the team to Dahoud and Can; lengthened Guerreiro's journey by joining it with the interiors and freed the impetuous Bellingham from administrative functions to assign him greater weight in the attack, a line where he surprised with the debut as a starter of Ansgar Knauff, a daring 19-year-old youth squad whose mission consisted of running to the back of the City sides. Surrounded by that company, Marco Reus received balls that hooked him to the game. With Reus present at almost every play, Dortmund went from practicing the vulgar football that it exhibits in the Bundesliga to becoming something more than a stunned procession following in Haaland's footsteps.

Recovering its adventurous nature, Dortmund provoked a reaction of surprise in the City. The Premier League leader, so accustomed to dominating every game, suffered to find his place on the pitch against an opponent who was filtering passes with disinhibition. A precise departure from Akanji and a combination of Dahoud with Reus and Haaland, led to a left-footed shot from Bellingham that forced the first stop of the night. Ederson cleared the ball and verified that if his teammates did not impose on the pressure as usual, the work would accumulate in their area.

Dortmund insisted. Against the indecisive air that characterizes him in the German championship, he took a step forward. Every time he was able to advance, he was under pressure. Many times staying hand in hand behind. Suicidal. The outburst generated confusion. Cancelo began to hide so that they would not give him the ball in the middle, Rodri lived under harassment, Gundogan was blurred between the lines for supporting back, and Dias and Stones could not close the space that separated them from the steering wheels and there Haaland slipped away. Every City relationship with the ball was problematic and in defensive transitions it failed to interrupt passing lanes. From the side, Guardiola contemplated the stage with concern when the enemy came to his aid

Emre Can, who must be lost after playing one day as a full-back, another as a center-back and another as a midfielder, misjudged a delivery with his bad leg . The ball, which was going to Guerreiro, ended up on Mahrez's left foot. Pure sponge. The Algerian gave it to De Bruyne and the Belgian led one of those counterattacks in which he is grown. Few players know how to drive the ball so fast and at the same time control everything that moves ahead with their eyes. His pass to Foden ended in a cross. The ball traveled the entire area and was off the back line when it found Mahrez's left foot, again. Then the tense pass went to De Bruyne, who sent it to the net with a whip. 20 minutes had not elapsed and City breathed with 1-0. PP Guardiola: "I asked them to win, just that"

Then Ovidiu Hategan, the referee, made two decisive decisions. First, he annulled a penalty in favor of City - an apparent foul by Can on Rodri at the start of a lateral foul - at the direction of the VAR. Then he whistled a foul from Bellingham to Moraes just when the Englishman was alone before the goal. Another case for the legal debate

The second half was a war of attrition. City managed their lead wisely and Dortmund lost energy pending Haaland's invention. It was then that Hitz stopped a point-blank shot from Foden and in the other goal Ederson stopped a heads-up with the Norwegian, which he received from Dahoud and body and knocked Dias down before being alone before the goalkeeper. When Haaland wants to use his body, he better be ready to lose. Dias lost in the clash but Haaland could not balance enough to place the shot

The play anticipated the 1-1, the work of a prodigious pass from Haaland to Reus. This time the Norwegian danced on Rodri's back, turned to Stones as if his two meters tall weren't an impediment, and tight as he was, one touch, he gifted his captain with a destined ball. The tie seemed sealed when De Bruyne enabled Gundogan with Meunier's permission. "Gundogan did a fantastic control," Guardiola celebrated. Assisted by the German, Foden put the 2-1 on the horn and closed an unexpected first act.

"We can improve some things for the return," reflected the Spanish coach, in the telematic press conference that followed the game. “We want to adjust the pressure, we want to adjust our output of the ball, our control of their counterattacks ... But above all I want to congratulate my players for a true Champions League match. Because of how they got together, fought and competed against adversity, not because we did something wrong but because the opponent has quality. I asked them to win the match. Only that. And we have done that ”.