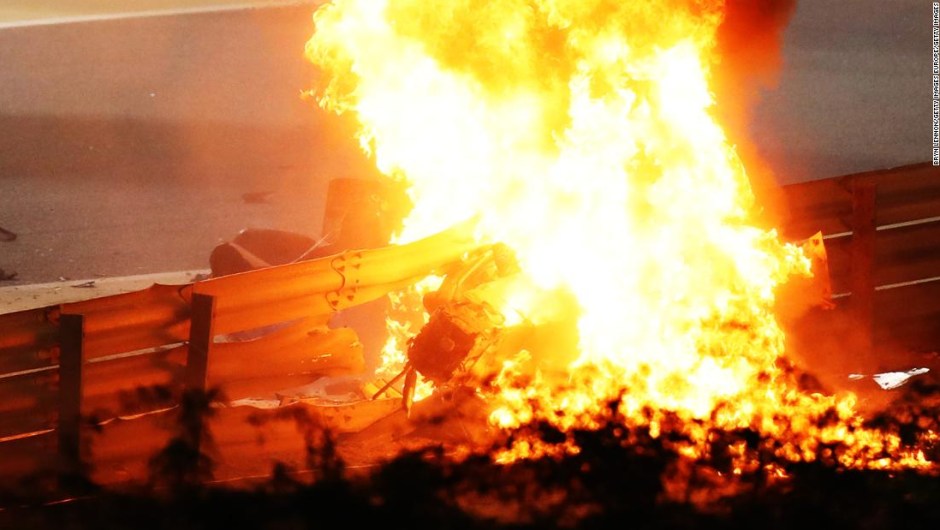 Romain Grosjean's car caught fire due to an accident on the first lap.

(CNN) - Formula One driver Romain Grosjean was involved in a terrible accident that left his car engulfed in flames at the Bahrain Grand Prix on Sunday , which caused the race to stop.

On the first lap, Grosjean ran off the track after the third turn after contact with Daniil Kvyat and his Haas car crashed into the barriers, exploded on impact and was broke in half.

The French pilot miraculously emerged from the flames after several seconds and was immediately treated by the track emergency services.

"Okay, he had minor burns on his hands and ankles," he told Sky Sports the Haas team manager Guenther Steiner. Obviously shaken up and going through all the necessary checks after an impact like this. He is conscious. ” 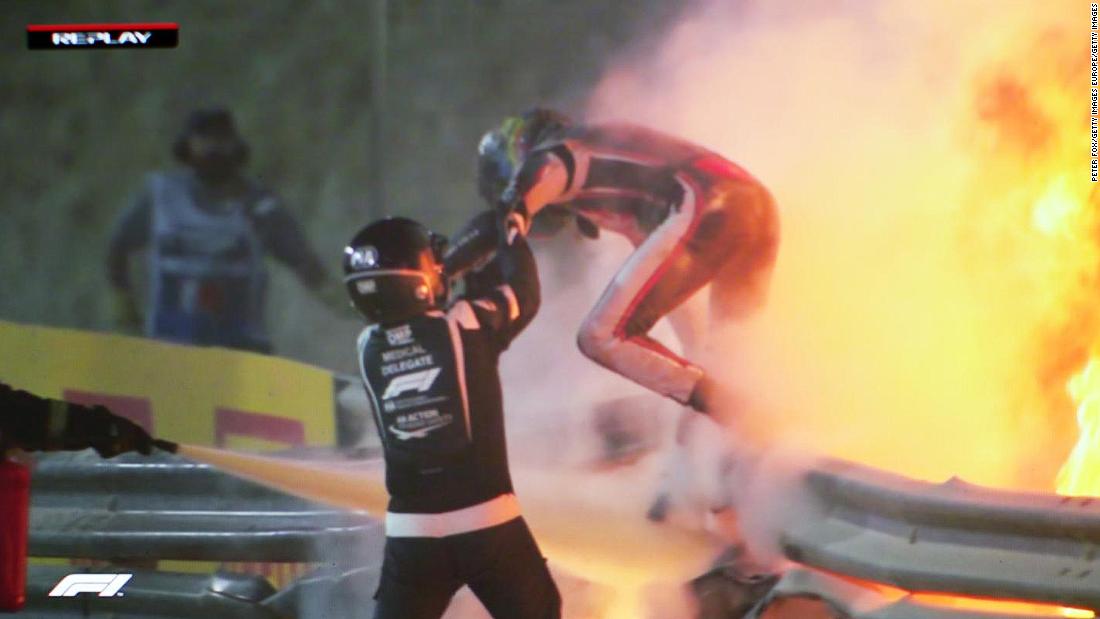 Romain Grosjean emerges from the flames after the crash.

Haas's team added on Twitter:“ As a precautionary measure and for further medical evaluation, Romain will be transferred to hospital. ”

Sky Sports estimated that between 18 and 20 seconds elapsed between the point of impact and Grosjean emerging from the flames. The mangled and charred front half of the vehicle, which Grosjean managed to escape on his own, was embedded in the side barriers of the track.

STEINER: "Romain is doing okay, I don't want to make a medical comment but he had light burns on his hands and ankles. Obviously he's shaken… I want to thank the rescue crews who are very quick. The marshals and FIA people they did a great job, it was scary "__ AOPEN__0 #BahrainGP 🇧🇭 pic.twitter.com/lWbZd17ynw

"I have never seen so much fire in 12 years," Alan van der Merwe, the driver of the medical car, told Sky Sports. “Then Romain started getting out of the car himself, which is quite surprising after an incident like that.”

“It just shows that all the systems, the halo, the barriers, the seat belt, everything worked as it should. Without even one of those things, it could have been a very different outcome, "he added.

Seven-time world champion Lewis Hamilton wrote on Twitter: “I am very grateful that Romain is safe. Wow… the risk we take is not a joke, for those of you who forget that we risk our lives for this sport and for what we love to do. Thankful to the FIA for the huge strides we've made to get Romain safely away from that. ” 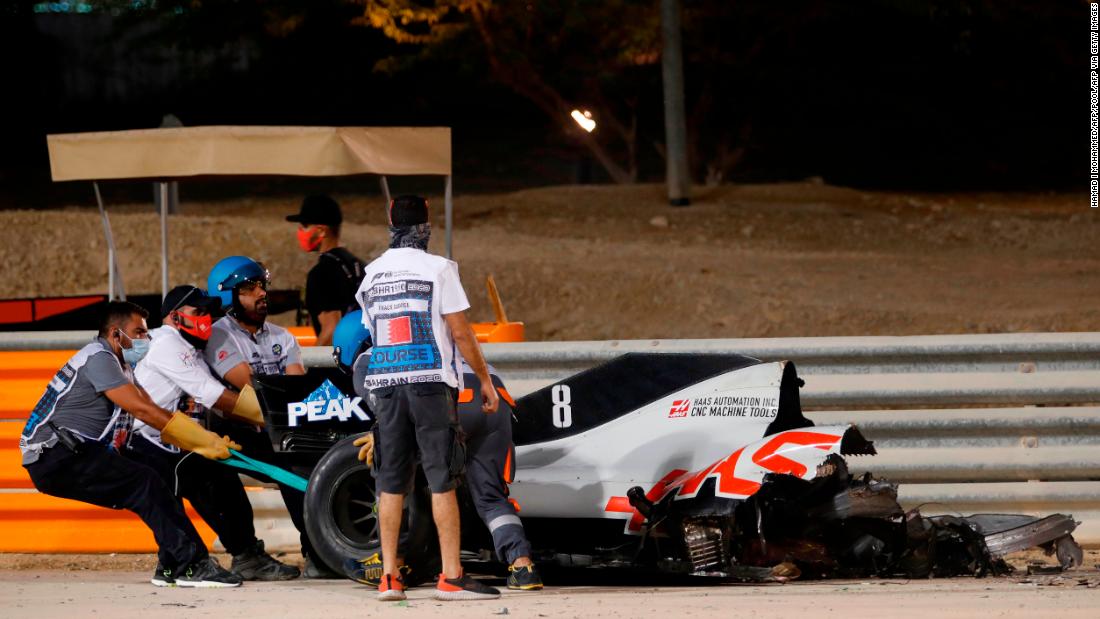 Romain Grosjean's car split in half on impact.

Grosjean made his Formula One debut in 2009 and he joined American team Haas in 2016, although he is scheduled to leave at the end of the current season. The 34-year-old has scored 10 podiums in his career