Granada, Villarreal and Real seek to seal their qualification in the Europa League 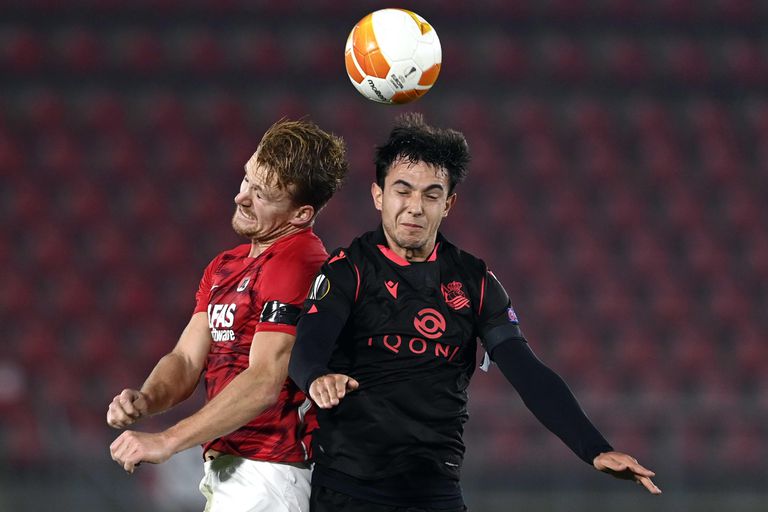 The Europa League faces the penultimate matchday of the group stage with only four teams qualified for the qualifiers. They are the cases of Roma, Arsenal, Leicester and Hoffenheim. The three Spanish representatives in the second continental competition could certify their classification this Thursday with one day remaining for the end. Granada and Villarreal are worth it with a draw, while Real Sociedad must win and hope that Naples will also win in their duel against AZ.

Group E is dominated by Granada with 10 points. The team led by Diego Martínez, in crisis in LaLiga, where he has accumulated three defeats in a row, just one point against PSV, which he receives at Los Cármenes (9:00 p.m., Movistar LC). It would also move to the next phase if PAOK does not beat Omonia. In addition, Granada will even be group champions if they win or also draw and PAOK do not achieve victory. Granada already beat PSV in the Netherlands (1-2) after an excellent comeback. The Andalusian team has the casualties of Montoro, Vico, Azeez, Víctor Díaz, Kenedy and Lozano, according to the club, although Víctor Díaz and Kenedy have already trained with their teammates

Group F, where Real Sociedad is located , is dominated for Naples, with nine points. Real Sociedad is the second classified with seven, the same figure as AZ, third. The LaLiga leader would move on to the next phase if he beat Rijeka (9:00 PM, Gol TV), although he would also have to wait for Napoli to beat AZ in the Netherlands. La Real already beat Rijeka, which has communicated three positives that do not travel to Spain, by 0-1, a goal by Bautista in the final stretch of a highly contested match. The return of David Silva is the best news for Imanol Alguacil. Elustondo will be low

Villarreal leads Group I with 10 points. Unai Emery's men lost the opportunity to qualify last week against Maccabi, but they have the pass very close. It is worth them with the draw in their trip to Turkey against Sivasspor (6:55 p.m., Movistar LC) or even if Maccabi lose at Qarabag's home. In addition, Villarreal will be group champions if they win or if they draw and Maccabi does not win their match. Emery will maintain his usual system of rotations, although he has encountered a muscle injury in Bacca, a starter in the Europa League, who will be out for several weeks and joins Alcácer's up front. Sivasspor is greatly diminished by several cases of coronavirus among the components of its staff. Villarreal accumulates 12 games without knowing defeat

The Europa League day also holds some interesting clashes such as Milan-Celtic, with the Serie A leaders playing the pass, something that Lille could also have in their hand . Lask-Tottenham also stands out, where José Mourinho's men can seal their classification if they win.