Ibaka will play for the Clippers alongside Kawhi Leonard 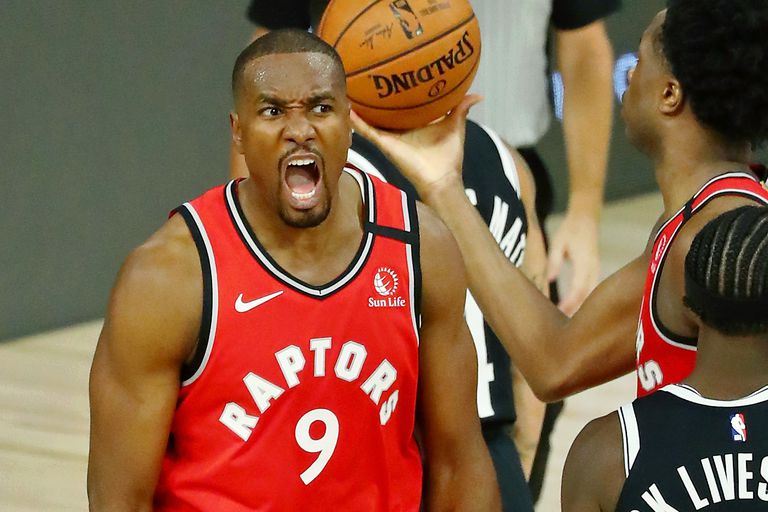 Ibaka, in a game between the Raptors and the Nets. Kim Klement / Reuters

Serge Ibaka has reached an agreement to play for the Clippers. The 31-year-old Hispanic-Congolese center leaves the Toronto Raptors, with whom he competed since 2017 and with whom he won the NBA champion title in 2019. The agreement with the Los Angeles team is for two years, the second with an option for the player, and a total value of 19 million dollars

The Clippers, with Kawhi Leonard and Paul George as main references of the team, lost last season in the semifinals of the Western Conference against the Denver Nuggets (4-3 ). Ibaka meets again with Leonard, with whom he won the title in 2019. The Clippers have just lost the contest of center Montrezl Harrell, designated the Best Sixth Player of the season, and who has signed for the Lakers. The Clippers' starting center last season was the Bosnian Ivica Zubac, who averaged 8.3 points and 7.5 rebounds. Ibaka's average that season in the Raptors was 15.4 points and 8.2 rebounds, with a 56% effectiveness in shooting from the field, 38% in triples. The Clippers have renewed Marcus Morris at power forward, in which they have lost the contest of JaMychal Green, who has signed for Denver.

The Clippers relieved Doc Rivers at the end of the season and signed Tyron Lue, who He has already been with the team for a year as a technical assistant, then led three courses to LeBron James' Cleveland Cavaliers who won the title in 2016.

Following the departure of Serge Ibaka, the Raptors are trying to renew Marc Gasol's contract . The Spanish pivot is sought after by several teams. During the last days there has been talk of the interest of the Lakers and Golden State, among others, in securing the signing of the Spanish pivot

How to do a sphere

Will the machines ever perform autonomous actions?