Networks, camouflaged payments and arrests. What is the 'Barcagate'? 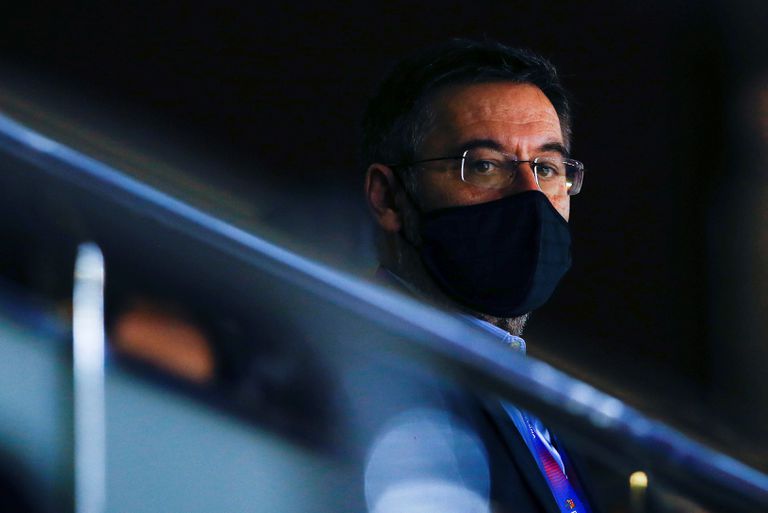 The arrest of the former president of FC Barcelona Josep Maria Bartomeu underlines the turbulent situation of the Barça entity and points out the new one who was president of the club from 2014 to October 2020. The arrest comes as As a result of the police investigations into Barçagate , the alleged defamatory plot that Bartomeu's board of directors concocted through social networks against opponents and some players, hiring an external company (I3 Ventures) which was paid six times above of the market value

The plot came to light on February 17 of last year, when the program Què t'hi Jugues , of Cadena SER, reported that the Bartomeu board had attacked people through different specific accounts on social networks. linked to the club and employees, with the aim of discrediting them and reinforcing the public image of the then president.

What did it consist of?

The company I3 Ventures , chaired by the Argentine businessman Carlos Ibáñez, orchestrated a smear campaign against people who were not related to the Bartomeu board and generated negative opinions against said people. According to information from the SER, Barcelona paid one million euros per year to this company, although the amount was divided into five invoices, assigned to different departments of the club, so that all were less than 200,000 euros and thus the contracts did not have to be submitted for approval by the board of directors

What were the accounts?

Who were the targets?

Apparently, the actions of I3 Ventures were concentrated in footballers of the current squad such as Leo Messi or Gerard Piqué; former players and trainers such as Pep Guardiola, Carles Puyol or Xavi Hernández; personalities such as Joan Laporta (favorite in next Sunday's elections), Víctor Font (also a candidate) or businessman Jaume Roures; and the Catalan regional channel TV3.

How did Bartomeu react?

The club flatly denied any type of relationship with said company, in a statement in which it assured that it had contracted a series of "social media monitoring services with the aim of being aware of both positive and negative messages, of which the entity is the object ”, as well as that the club ensured“ to protect and preserve its reputation. In its statement, the directive also demanded "the immediate rectification of the information disseminated." Hand in hand, I3 Ventures transmitted another note in which it affected the falsity of the accusations, and which then had the responsibility of “tracking and monitoring all social networks and digital channels for said institution (FC Barcelona), with the scopes referred exclusively to its Reputational Management. ”

What consequences did this reaction have?

Days after the scandal broke, Bartomeu announced that the club was breaking its relationship with I3 Ventures and commissioned an external audit from PriceWaterhouseCoopers, which ruled out the existence of a smear campaign . "Barça hired the services of a company at the end of 2017. But with the confirmation that one of the accounts is linked to that company ('Respeto y Deporte'), this morning we have given instructions to terminate the contract, ”the entity said. The tension grew enormously between the members of the board and finally six directors resigned: Emili Rousaud, Enrique Tombas, Josep Pont, Silvio Elías, Maria Teixidor and Jordi Calsamiglia.

What have been the last steps?

The Court of Instruction number 13 of Barcelona admitted the complaint of the Dignitat Blaugrana platform for alleged unfair administration and / or corruption between individuals by some directors of the Bartomeu board. Subsequently, the Mossos d'Esquadra, at the request of the judge handling the case, Adriana Gil, carried out a search at the end of June at the Camp Nou. And this Monday, March 1, 2021, the plot lived its last twist with the arrest of former President Bartomeu, its CEO, Óscar Grau; the head of legal services, Román Gómez Pontí; and the presidential advisor Jaume Masferrer.