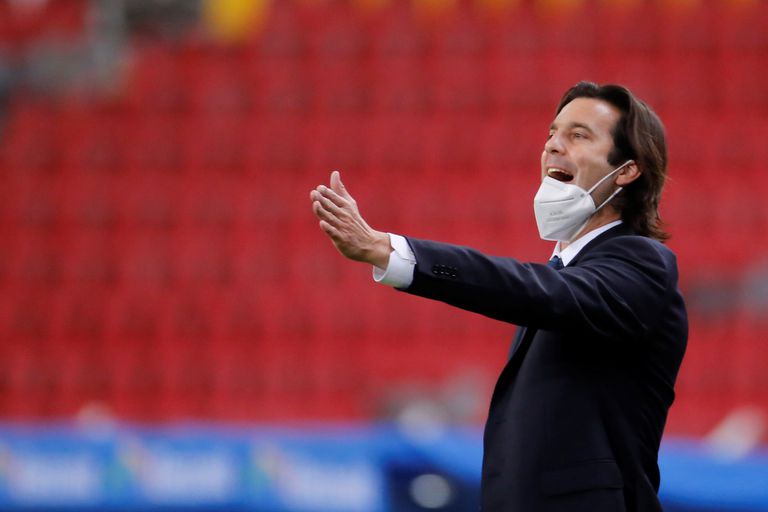 Santiago Solari, coach of América, during the game against Atlas.Francisco Guasco / EFE

Santiago Solari received his first setback in Mexico. And it did not happen in the field. América , led by the Argentine coach, had won a routine match in the Mexican League against Atlas 0-2 last Saturday and had established itself as the leader of the Mexican championship. During the match, however, the press noticed that one of the players, Federico Viñas, had warmed up, was on the substitutes bench for half an hour and then disappeared. The footballer had not been registered for the game that day, in a serious error by the team that violated the regulations. Solari defended that Viñas had not been in the lineup. A logistical error of the club that borders between the historical and the unheard of.

Two days after the game, the Disciplinary Commission ruled that they took away the victory from America due to improper alignment and, as punishment, they lost the match 3-0. The punishment has been historic for one of the most popular and media teams in Mexico. "On behalf of the Club América board of directors, we offer an apology to all our fans, coaching staff and players for what happened," read a statement offered by the team. "We are aware that administrative errors, such as the presence of Federico Viñas on the bench without having been registered, are unacceptable in an institution with the greatness of the club."

In Mexico, each club must register the players, starters and substitutes, in a database before: eleven outfield players and 10 substitutes. In the case of América, the personnel in charge of the registry forgot or omitted the name of the Uruguayan Viñas. After 30 minutes of the game, one of the referees notified Solari's team that the footballer had to go to one of the boxes because of the error.

Solari's management at América had been splendid. Before they took away the victory against Atlas, the Argentine's pupils had established themselves in the first places of the classification with four victories, one draw and one defeat.