Ciro Immobile said that for Lazio the opportunity to face the European champion was "a prize." He added that they should approach the game with " apensieratezza ", that is, he invited his teammates to enjoy the experience. The consequences of so much satisfaction were reflected in the half time score: 0-3 in favor of Bayern in the first match between the two clubs in the history of European competitions. Indicated as an occasion for fun, the night in Rome became a nuisance for Lazio, totally subdued by the Flick squad.

The local players came out to enjoy their hard-working counter-attacking organization: three centrals to hold, two laterals to ventilate, Luis Alberto to organize and Correa with Immobile to assault the spaces. They soon discovered that they could not counterattack if everyone was huddled in their area trying to steal the ball from opponents as coordinated as they were in solidarity. 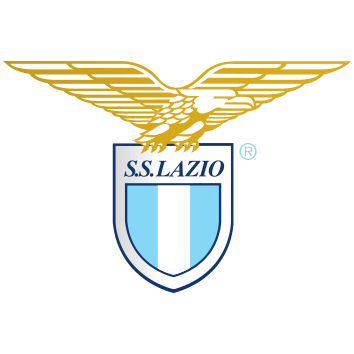 The most perplexed of the resisters was the Spaniard Luis Alberto, who had to mark Niklas Süle. A priori, the vigilance of the German did not seem a difficult task. Süle is central. Put to act as a side to replace Pavard - infected with Covid-19 - nothing suggested that he would easily move his almost 100 kilos of weight by the hectometer of the band. His waist of old oak did not suggest anything vertiginous. Pure illusion, pure prejudice, Luis Alberto must have thought as Süle flew close to the line and happily combined with Sané in the ninth minute. There was a struggle with Leiva, a bounced ball, and a pass from Musacchio to Reina that became - perhaps due to the effect of a pool of water - an assist to Lewandowski. The Pole made a feint and the Spanish goalkeeper came by, hydroplaning as the ball hit his net and Bayern accelerated.

The 0-1 summed up the spirit of the evening. Lazio did not have a loophole to get into the game, always dominated by the suffocating pressure. The elegant young Musiala, Müller's replacement, crowned the most beautiful play of the match with a more or less tight shot (0-2). Half an hour had not elapsed and Lazio had gone from pleasure to pain, their counterattacks were lost in offside, and their mistakes multiplied until they transformed the planned order. Real counterattacks had Bayern, who scored 0-3 and 0-4 taking advantage of the confusion. Correa's goal, after the assistance of Luis Alberto and a feint to Alaba, barely disguised the deep seal of the champion

Bayern added their 17th victory in their last 18 Champions League games and Lewandowski converted with 72 goals in the third maximum tournament scorer surpassing Raúl (71), and only behind Cristiano (134) and Messi (119) .