Zidane, on the low participation of young people: "I'm not to blame" 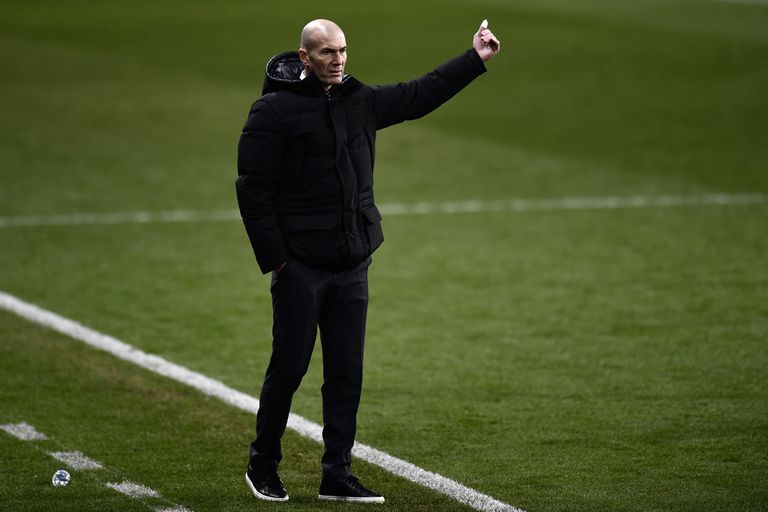 Zidane, during Real Madrid-Athletic in the Spanish Super Cup.Jose Breton / A

P The footballer Zidane was a generator of the game, but as a coach he spends most of his time clearing balls out when he appears publicly to give explanations about his team . The rule was broken in the preview of the round of 32 Cup match on Wednesday against Alcoyano (21.00, Dazn, Telecinco). Leaving behind the elimination in the Spanish Super Cup , the spotlight in Valdebebas rested on the name of one who is no longer here, Luka Jovic, who on his return as a loan to Eintracht scored in 28 minutes the same goals (two) in which a season and a half as white. After a first question that the coach answered with elegance - "I like him, I'm happy for him" -, on the second attempt the Frenchman drew up a long answer in which he let out his vision of the young people, their training and their fit in the daily demand of Real Madrid. A key issue at the moment at the club because the management launched a campaign to hire new values three seasons ago and Zizou has recently reinforced its commitment to the old guard of the dressing room.

“It's easy to say that I am to blame me ”, he started. “I always love my players. There was also talk of Reguilón [sold to Tottenham last summer], that it was my fault. There are times when players, when they stay, they know what they have. Real Madrid is complicated and difficult, I have lived it as a player. And then there are times when they have to play. This is what Luka [Jovic] has done. He is 21 years old, it has been a good option to buy him and I am happy for what he is doing [at Eintracht] so that one day he can enjoy the same at Real Madrid. But of course, playing inside and outside is different. He is 21 years old and has the future to show what he is as a player at Real Madrid ”, added ZZ before ending his exposure with another warning. “And this is the same for everyone. What you have to do is, when you are inside, show yourself, with the competition that there is, that it is strong. But it's not the coach's fault. The player has to demonstrate and it is what they want ”, he concluded.

The change of Zizou

An answer in which the responsibility for the low participation of young people was shaken; he outlined the idea that these footballers should perhaps finish cooking outside the Bernabéu; He warned that wearing the Madrid shirt is not the same as wearing another outside; and warned these players that, when they are on the team, they must also excel to enjoy more minutes.

This speech, prepared in his own way, relaxed and with his classic smiles, concentrated a huge charge of depth because it came in a moment in which Zidane's rotation has been radically shortened. Since the team looked at the precipice of European elimination in early December, the coach has put all his eggs in the basket of veterans and his most appreciated footballers. The rest, almost all young, have fallen into insignificance. Odegaard has five minutes in the last six games and, recently, even Isco has advanced him in the order of preferences. Vinicius barely accumulates 44 in five games. Valverde, who had performed at a high level under the leadership of ZZ, has lost his way to the Casemiro-Modric-Kroos triumvirate. Jovic, completely disappeared after three starts at the beginning of the course, tries to revive his career in the heat of the German home. Militão already has 12 games without a minute. And the goalkeeper Lunin has not yet been released when the previous year Areola had already had several opportunities.