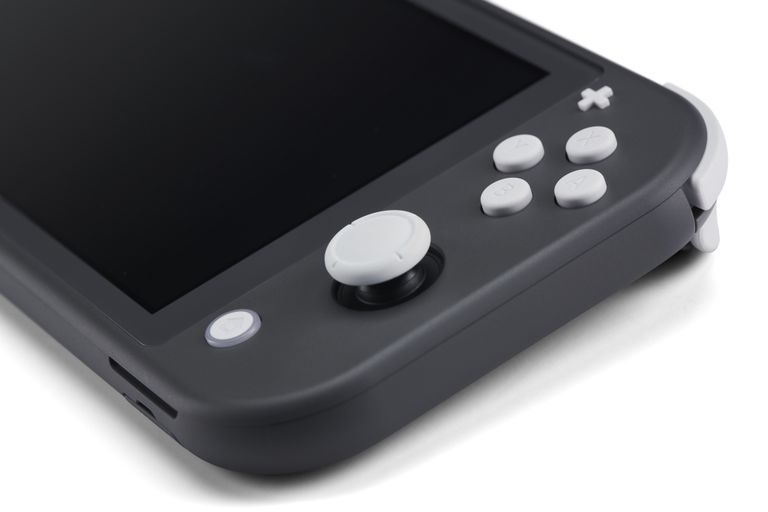 Monday, November 30 is the first Monday after Thanksgiving. It is the date chosen for the so-called Cibermonday ( Cyber Monday , translated into Spanish), which arrives just after Black Friday. We asked five celebrities about the gadgets they would buy ... if they didn't already have them

The Nintendo home console can be connected to the television and at the same time transformed into a portable console. It has a longer battery life, almost 5 to 9 hours. 32GB internal memory NAND memory. 6.2 inch multi-touch screen. A control or two, vertically or horizontally, by movement or with the buttons. The Joy-Con control is easy to use and features the HD vibration function. You can add the Switch Pro-Controller command with which you get more professional control.

Almudena Cid (Vitoria, 1980) has been the only rhythmic gymnast who has played four Olympic finals (Atlanta, Sydney, Athens and Beijing). Since she decided to withdraw from the competition in 2008, she has written the saga of children's stories Olympia , has been a television presenter, commentator and actress ( The Secret of Puente Viejo ). At the last Sitges Festival, he presented the short as the main character Dar-Dar , by Paul Urkijo. Almudena Cid says that she chooses the Nintendo Switch Lite because "it's my way of avoiding work." She confesses to being hooked on Animal Crossing, the video game that simulates the life of a town with anthropomorphic animals. "I love going to his island - my Olympia island - and taking his fish and fruits with me." Thanks to the console, he can keep in touch with his brother Miguel via FaceTime. "He is in Vitoria and since we cannot travel it is my way of being together." In addition to her brother, she also plays games with her husband, the presenter and writer Christian Gálvez: "Chris has the console that he connects to the television and so we can play."

Plays music, calls and is voice assistant with Siri. As extra features, it has real-time audio calibration to maintain clarity, range and musical expressiveness. The battery is rechargeable, with up to 22 hours of high quality sound and Fast Fuel technology: it charges one hour for three hours of autonomy. The Apple W1 chip allows you to configure and change Apple devices, between Mac, Apple Watch, Apple TV or iPhone (requires an iCloud account)

Javier Castillo (Málaga, 1987) has exceeded one million copies sold with his series of novels, translated into 10 languages and published in 63 countries. The last of his books, The Snow Girl , became the most sold in Spain during the confinement by the covid. His next project will be the adaptation as a television series of the bilogy El día que se perdura la sanity –– his first novel written in 2014 and self-published through Amazon's Kindle Direct Publishing platform before being edited by Suma de Letras -, and The day that love was lost (2018). In March 2021 he has already announced on his social networks that he will publish The Soul Game. This famous writer of thrillers with romantic overtones reveals that when faced with the blank page, he is always accompanied by music that inspires him. And he does it with these wireless headphones from the Beats brand that his wife, the influencer Verónica Díaz, gave him a couple of years ago. “While writing I like to listen to background music, preferably suspense movie soundtracks, like Origin or Interstellar by Christopher Nolan. Or also the melody of the German series Dark (Netflix). I isolate myself much better with these headphones listening to melodic and calm music. ”

The waterproof Kindle Ebook by the comic The Altar boy.

The Kindle Paperwhite is the thinnest and lightest on the market, with a 300 dpi screen without reflections, which it reads like printed paper, even in bright sunlight. The dimmable built-in light allows you to read inside and outside the home. With a single charge the battery lasts for weeks. Available with 8 or 32 GB of storage. It is waterproof, so you can read on the beach, in the pool or in the bathtub. Thanks to this quality, it withstands an accidental immersion to two meters in fresh water for one hour.

Sergio Fernández, popularly known as El Monaguillo (Marbella, 1973), regularly collaborates in El Hormiguero and as a contestant in Tu cara me suena , both programs on Antena 3. His enormous television popularity is joined by his appearances on the radio in Más de uno , with Carlos Alsina, and in the resurrected weekly La Parroquia podcast, which he directs and presents, both on Onda Cero. He also writes and stars in the play Solo lo ver yo yo at the Teatro La Latina in Madrid as a monologue. Even so, you have plenty of time, especially to read on your Kindle Ebook that you just bought, very practical to carry as you comment. “I carry it in my pocket everywhere and now I use it a lot when I queue at the places. Now there is a lot of queue, so I queue reading ”. Between row and row, he jokes about one of his main advantages: that it does not get damaged if it gets wet. "Being waterproof I can get in the shower without stopping reading." From his latest readings, he recommends Crimes exquisitos , by Nieves Abarca and Vicente Garrido, and Adiós tristeza , by Enrique Urquijo, leader of Los Secretos. Special mention for the last Planet 2020 award: “I really liked Aquitania , from my admired Eva García Sáenz de Urturi” .

The iPhone of actor David Pareja

The iPhone 11 64GB is water resistant: two meters deep for 30 minutes. It incorporates a 12Mpx dual camera system with wide angle (26mm), which focuses up to three times faster in low light, and ultra wide angle (13mm), with a 120º field of view to cover four times more image, in night mode, portrait mode and 4K video up to 60 fps. The 12MP TrueDepth front camera features portrait mode, 4K video, and slow motion recording. Supports fast charging and wireless charging. It has the hardest glass in a smartphone, with a 6.1-inch Liquid Retina display. and Apple's fastest chip.

WHO David Pareja (Huelva, 1977) summarizes himself on his Instagram profile with three words: humor, cinema and things, all of them between questions. Because this actor, screenwriter, comedian, director and tiktoker revolutionizes the networks with his sarcastic comments and accurate analysis. Hence the iPhone 11 is its most appreciated technological gadget . "I bought it a few months ago because everything I have is from the Apple ecosystem and I find it more comfortable to move files between different devices." He explains that if he assembles videos for his social networks, it is faster for him "to send what I have recorded to the laptop, mount it and then forward it to the mobile to publish it in my different accounts." In addition to his contribution to making confinement a less boring period thanks to his gags, David Pareja also knows how to get serious. He has shown this in the recently released Netflix series Midas' favorites , directed by Mateo Gil, and in the drama Amigo , by Óscar Martín, with which he has been awarded as best actor at various festivals and could be nominated for nominations at the Goya, Forqué and Feroz awards.

The Bang & Olufsen headphones from the model Eugenia Silva

On the 95th anniversary of Bang & Olufsen, the firm launches the Beoplay 95 model, an elegantly designed, adaptable and wireless over- ear headphones with cancellation technology more advanced noise. The model has two titanium units and a patented DSP (Digital Signal Processing) engine. It is intended to be used for long periods of time, as it fits the ear very comfortably. It has detachable headphones, simple control buttons and a folding design to store in a box that protects them while not in use.

Eugenia Silva (Madrid, 1976) is one of the most sought-after Spanish top models. He has been the image of firms such as Armani, Carolina Herrera, Oscar de la Renta or Dolce & Gabbana. Model, businesswoman and fashion editor, she always occupies the top positions in the rankings of the most elegant women in the world. Eugenia Silva admits to being a techie . "I like technology, sometimes, I would even say that it hooks me too much," he confesses. For example, the usual use of WeTransfer, the App to compress and decompress files, stands out. "It is not just an application, it is a tool that is part of my daily routine." As are these elegantly designed headphones from Bang & Olufsen. “They have it all: bluetooth connection, they block noise and completely isolate you from everything. The sound they produce is almost magical clarity. I use them daily, when I do sports ”.