Solved the mystery of Mostly Harmless, the walker whom the Internet could not identify 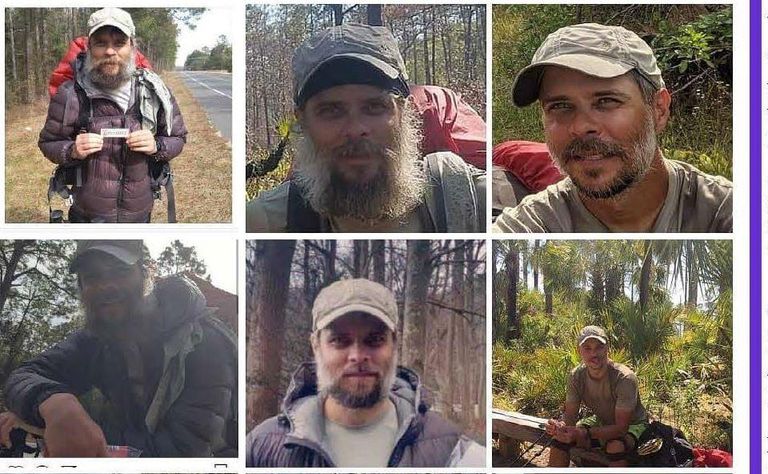 The identity of the mysterious hiker nicknamed Mostly Harmless has been identified after more than two years of research.Reddit / Reddit

The mystery of the famous and at the same time unknown hiker who was found dead in 2018 in a tent in the Big Cypress National Preserve park, south of Florida, has been resolved. Two years later, Florida authorities have concluded that Mostly Harmless (Almost Harmless, as he called himself) was, in fact, a 1976 New York Information Technology worker with Louisiana roots named Vance Rodriguez. The case generated enormous citizen interest and an extraordinary mobilization in various Internet forums to identify it and solve the enigma of a person without the slightest fingerprint in the era of hyperconnection and big data .

Mostly Harmless - whose nickname is inspired by a science fiction novel - he walked out of New York in 2017 without a trace and his body, extremely thin but without signs of violence, was found in 2018 at 2,000 kilometers at Nobles Campground (Florida) by two hikers on July 23, 2018 The Collier County Sheriff's Office announced that Rodríguez was identified on Tuesday, January 12, according to a local newspaper , Naples Daily News . Investigators in the case revealed that the walker had died "of natural causes." The story of this character monopolized social networks and unleashed all kinds of theories around his identity, which have now been dismantled after the official identification of the body.

A DNA test seems to have been the key to identifying him, according to the media digital Wired , although many details of the investigation have not been revealed. Despite multiple photos, testimonials from walkers who had come across him, Internet forums that brought together up to 8,000 people to contribute clues about his identity and even a podcast, no one had found the definitive clue. His fingerprints were not in any database of the security forces. Despite the dissemination of his photographs on social networks, no one seemed to know him.

Not even the United States intelligence services had been able to identify him for two years after they had found his body. In the world there seemed to be no record of him beyond photographs that other travelers had taken of him. But not a name, not a bank account, not a social network, not a property, not family or friends. Nothing. How could someone's identity be so hard to find in an age when we all have a digital trail?

Until now. Rodríguez was born in 1976 and hailed from Lafayette Parish in Louisiana. The hiker interacted with various people along the Appalachian and Florida trails. He had no mobile phone, no documentation, no cards, no wallet; just a backpack, jeans and a wad of bills. Along the way, he was given various names, including Den (for the cowboys), Ben Bilemy, and finally Mostly Harmless.

In the tent, next to his body, detectives found his hiking gear, two notebooks, and around 3,640 dollars (3,000 euros). A curious man asked the authorities to access the notebook he carried when he died. He found a lot of computer code, pages devoted to a project on an RPG and many references to Screeps - a game for programmers in which you have to write in the JavaScript language. But not a single personal detail. Now that the authorities have identified him as an Information Technology worker, the notebook seems to tie up the loose ends: a New York computer scientist decided one day to abandon everything, pick up the basics and leave, on foot, to the south.

In the collective imagination , Mostly Harmless represents the idealized image of someone who walks out the door one day, with no more luggage than what they can carry, without even their old name, to return back to nature, walk to the end of the road, well beyond Key West is only the sea. And although his story has come to an end, Vance Rodríguez will always be Mostly Harmless, the walker who managed, somehow, to escape the radar in an increasingly hyper-connected world.

Ricardo Casares was infected with COVID-19 more than five months ago and still has sequels: "The air is going away"