The Vatican Library shields itself against cybercriminals 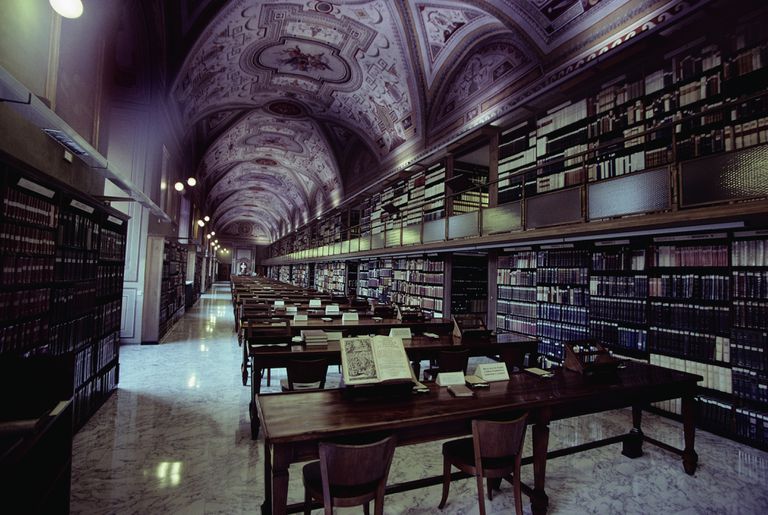 It's a race against time. The Vatican Library, founded in 1451, maintains a fight against the fragility of the past so that the thousands of documents it protects do not succumb to the effects of time, and also against the present, since with the digitization of its collection as a preservation measure It has been exposed to cybercrime networks stalking one of the most important historical collections in the world. The threat has two fronts and the Library is in the middle. One misstep could condemn important chunks of human history to oblivion, manipulation or extinction.

The story has changed in a very short time. In 2017, Luciano Ammenti, Director of Information Systems at the Library, told EL PAÍS that the cybersecurity of the library was not something they were concerned about . "The truth is that security does not concern us much because our accesses are all free. From the point of view of hackers , we are not appetizing: everything that one could have, already has it online , there is nothing else. We have no secret documents ”. Three years later, the narrative is different. “We cannot ignore that our digital infrastructure is of interest to pirates. A successful attack could cause the collection to be stolen, manipulated or completely eliminated ”, the Library's Information Director, Manlio Miceli, has acknowledged to The Guardian newspaper . What has changed? The fear that cybercriminals will seize the content they are digitizing to steal it and demand a ransom or, worse, manipulate it and thus modify priceless historical documents

The turn has caught them in the process of digitization: in 2014 the Vatican Apostolic Library opted for technology to protect more than 80,000 manuscripts and historical documents from natural conditions, weather and physical accidents. Six years later they have 25% of all their content digitized. The battle of institutions against cybercrime is becoming more frequent and complex. According to IBM's X-Force 2020 report in 2019, more than 8,500 million records were affected, with a growth of 200% compared to 2018.

“Currently, any institution is a possible victim of these attacks, even those that for political reasons , religious or of any other nature provide the attacker with notoriety or some type of personal satisfaction, ”says Javier Sevillano, director of information security at ISMS Forum , the Spanish Association for the Promotion of Information Security. And the Library is one of them because it preserves around 1,600,000 books - among which there are 150,000 manuscripts and 100,000 printed documents - among which are the oldest copy of the Bible that is preserved and drawings and writings by Michelangelo and Galileo , among others. "Attackers have, unfortunately, a wide arsenal of tools to carry out this task, such as vulnerability scanners to detect possible weak points in defenses, the so-called 'back doors' that are introduced together with other apparently legitimate software or tools remote control ”, explains Sevillano. The expert also highlights the rise in the use of tools and packages of ransomware , a specific type of virus whose task is to encrypt information with a key known only to the attacker to request a ransom for its recovery.

Preserve and trust; NASA and Darktrace

Target of more than one hundred cyber attacks per month, the Library's mission is now a double mission: preserve heritage and transmit trust. To preserve heritage, the enclosure protects the mortality of ancient texts in the immortality of machines. The goal is for the relics on the Library's walls to also be kept on the walls of data clouds in cyberspace, within 20 years. “However, having digitized information does not guarantee its survival. It is worth remembering the loss of BBC programs broadcast until almost the eighties, the original Apollo 11 transmissions disappeared forever , or the failed migration of MySpace servers that caused more than 50 million songs to be lost ”, says Ángel González Berdasco, cybersecurity expert at INCIBE-CERT. That is why the Library chose in 2014 a format known as FITS that was created by NASA in 1981 to archive images and data from space and is more secure than a .jpg or .pdf.

But to convey confidence, the Library also needs make sure your readers can trust the digitized records of your historical treasures. That what they are reading is, in effect, the same thing that is written in that parchment of the fifteenth century. “We have to protect our collection online so that readers can trust that the records are accurate and unaltered records. In the era of fake news, these collections play an important role in the fight against misinformation, so defending them against trust attacks is essential ”, Miceli tells The Guardian . That is why at the beginning of November the managers decided to hire Darktrace Immune System , a cybernetic Artificial Intelligence (AI) company with headquarters in San Francisco (United States) and Cambridge (United Kingdom).

“Our AI system —which is based in the human immune system and is used by more than 4,000 organizations— he immediately began to learn the pattern of life in the Library's digital world, providing his security team with a real-time view of everything that happens in their systems. " , explains to EL PAÍS Emmanuel Meriot, manager of Darktrace in Spain and France. Inside the Library, Darktrace technology generates an evolutionary analysis of normal activity within the Library's digital systems to detect significant changes that may indicate whether a cyber threat is emerging. "The Library has always taken cyber security seriously, but cyber attacks are becoming increasingly sophisticated and traditional security tools based on rules, signatures, and blacklists are rapidly becoming obsolete and newer," he says. Meriot.

Physical Damage For historical documents, moisture and malware (malicious computer program) are just as dangerous threats. But the first is better known, less complex and is not constantly updated like the second. “We live in an era of disinformation in which hackers increasingly pursue trust not only by stealing data, but also by undermining its integrity. While the physical damage is often clear and immediate, such [cyber] damage would not be so visibly obvious, so it has the potential to cause lasting damage not only to the archive, but to the historical memory of the world. " explains Meriot. Along the same lines, Miceli argues that the advantage of physical damage is that “it is usually clear and immediate” but that a cyber attack has the potential to cause more lasting and potentially irreparable damage, “not only to the file itself, but to the memory of world history. ”

While the cyber threat landscape is constantly evolving, experts agree that organizations need to equip humans with machines equipped with technology that understands gray tones within systems cybersecurity complexes. "These types of tools are constantly evolving, with the constant launch of new versions with more and better capabilities, even establishing an underground industry for the sale of malware services," says Sevillano. This is a battle of machines against machines, with cultural property as a riot. And the Vatican Library has understood that to win it, in addition to prayers, Artificial Intelligence will be needed.